The Safest & Deadliest Times to Drive in Australia

Australian roads can be a dangerous place even fatal - but thankfully road injuries and deaths are largely preventable. While there are many factors that can affect driver safety, it’s important to note the time and day your fleets are on the road, as timing can have a significant impact on accident risks.

Professor of Road Safety at UNSW, Raphael Grzebieta, speculated that 3 pm is a more dangerous time to drive because this is when fatigue kicks in for many drivers - the afternoon dip when we reach for that energy drink or a sugary snack.

“It’s just after lunch, it’s afternoon and it’s a bit warm in the car,” said Professor Grzebieta. “People get drowsy and they have also been up for a while.”

The Guardian Australia reported similar statistics, even though the data is a bit older. Between mid-2012 and 2013, they found collisions peaked at 4 pm. The hours between 2 pm to 6 pm experienced 40% of the day’s collisions. 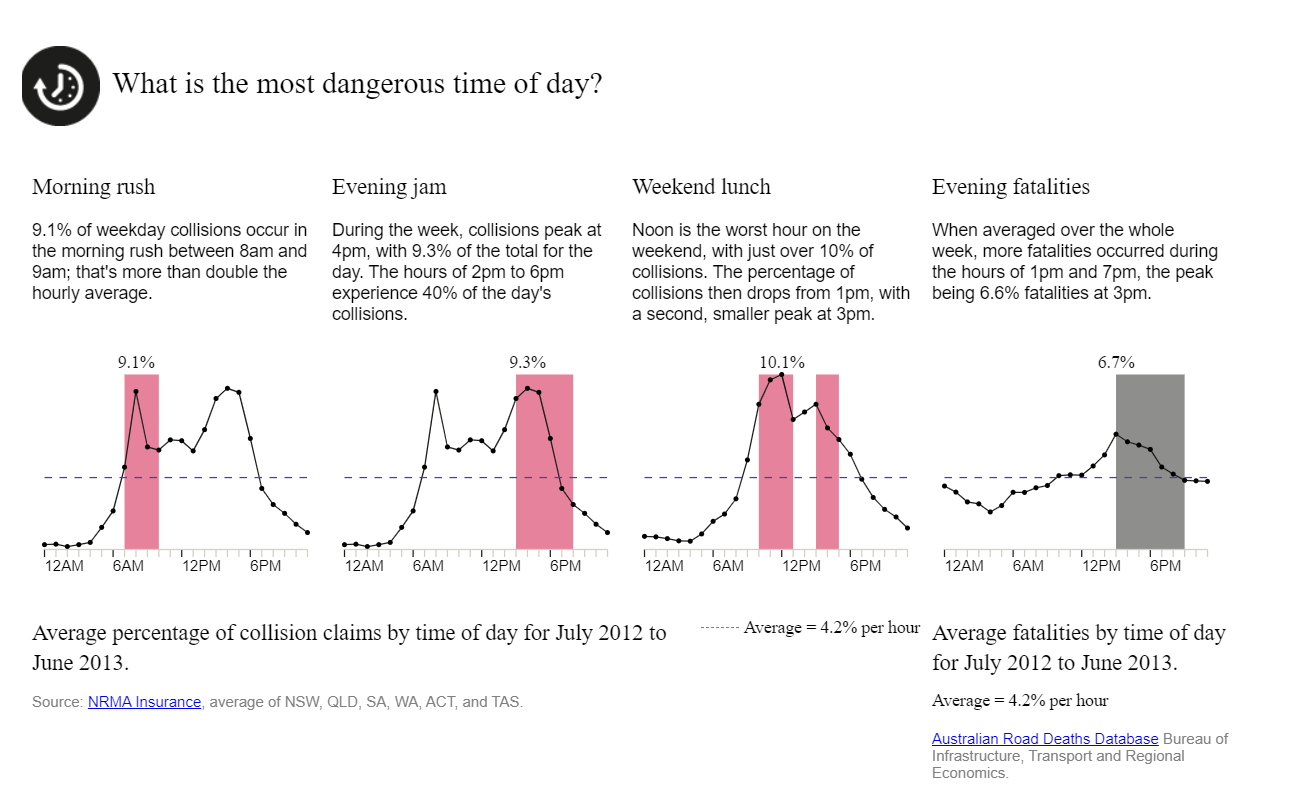 Unfortunately, school zones and school pick up times are quite dangerous for drivers and pedestrians. According to Russell White, founder and CEO of the Australian Road Safety Foundation (ARSF), “You see high volumes of people channelled into relatively small areas so there’s obviously a congestion issue, then you also see people under moderate-to-intense time pressure and you see pinch points in terms of attitudes to other people - aggression, horn blowing and the early stages of automotive violence. Then you have young children focussed on where they’re heading to next, so the cumulative effect of all those makes school zones and pick-up times high-risk.”

Conversely, the safest time to drive in Australia is the period with the least number of vehicles and drivers on the road. According to the 2015 Fairfax Media study, this period is between 2 am to 4 am on weekdays, Monday to Friday. There is very little activity on the roads during these hours.

ABC also found similar results in 2018. However, their data showed that 1 am on the weekends on both Saturday and Sunday were highly dangerous times for drivers in the 17 to 34 age group. Between 10 pm and 2 am was the overall most dangerous time for young adults. 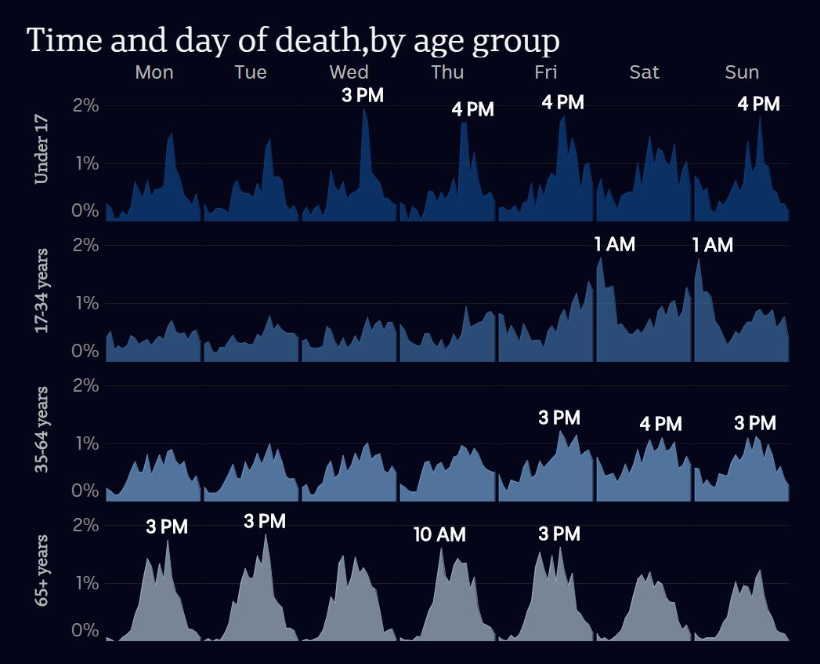 3. Most Common Types of Crashes

If you’re concerned about vehicle collisions and crashes for your drivers, you should understand the most common types of accidents. AAMI’s 2018 Crash Index reveals that Australia’s most common motor vehicle accident is nose-to-tail rear-end crashes, making up 31% of all road accidents. These rear-end crashes are most likely due to speeding, failure to pay attention and not leaving enough braking distance between vehicles.

Other common accidents include road users failing to give way (23%), crashing into stationary objects (18%), and hitting parked cars (8%). Fail to look back while reversing is another significant cause of accidents (12%), as are animal collisions on motorways (6%). 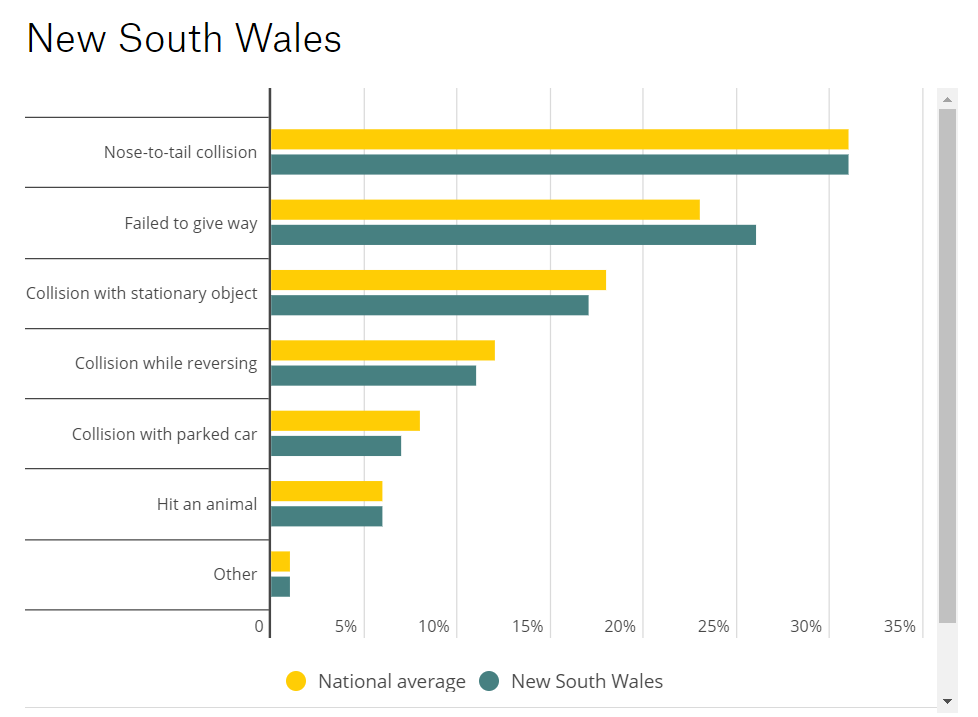 As a fleet manager, one of your biggest concerns is to ensure that your drivers are safe on Australian roads. However, there are many elements to fleet management that remain out of your control. Your drivers will need to venture out during peak hour traffic and in the afternoon hours. While this is considered the deadliest time to drive, you can ensure that your drivers are well-rested, taking adequate breaks by regularly checking up on them. You can also ensure they’re driving in a safe and controlled manner by installing a fleet management system that gives your drivers real-time feedback if any aggressive driving behaviour is detected.

With solutions like Fleet Tracker, supervisors and managers can identify any potentially problematic driving behaviours like erratic acceleration, harsh braking or speeding. Then, employees can be coached on safe driving practices, focusing on the specific issues they need to work on.

Being a fleet manager can be challenging. However, with telematics and real-time coaching technologies, your drivers will be provided with the best support available. If you’re interested in protecting your drivers, get started today by trying out our Fleet Complete demo.

If you found this article helpful, please share it on social media.