LTE and LTE-M: Everything You Need to Know

From the smartphone in your pocket to fleet tracking technology, devices rely on a wireless network to connect to the internet and transmit data – which is where LTE comes in.

While many of us use the LTE network daily and often hear the term, it’s important to understand what it is – especially for fleet-owning businesses. LTE network and devices associated with it can provide key advantages if your business relies on fast connectivity to run operations efficiently.

In this article, we’ll dive deeper into LTE, including what it means, the distinction between LTE and LTE-M, and the many benefits it can offer your fleet and other expensive assets.

Starting from the top, the acronym ‘LTE’ stands for Long-Term Evolution and refers to the wireless broadband standard that allows for quick data transmission from devices.

Since LTE and 4G are the successors of 3G and provide very similar network capabilities, the two terms are often used interchangeably. Just like its predecessor, LTE allows devices to connect to the internet and transfer data. However, LTE can do this much faster and with lower latency (the delay before data begins transmission) than 3G.

Due to its speed, LTE and 4G technology are the ideal connectivity standards for devices nowadays. The use of LTE and 4G technology continues to rise. (Image Source).

While LTE is among the fastest network speeds currently available, 5G technology is in the stage of being rolled out, which will allow for even faster data transmission than LTE and 4G.

What’s the Difference Between LTE and LTE-M?

There is another form of connection over the LTE network called LTE-M (Long-Term Evolution, Category M1) to build off standard LTE.

Just like LTE, LTE-M allows network connectivity and data transmission. However, the difference between the two is the simplicity of LTE-M – as it trades in data transmission rate for better power efficiency and signal range.

Since fleet management technology relies on network connectivity to relay information and data to the fleet manager, the efficiency of LTE offers tons of benefits to fleet-owning businesses.

Due to the frequency at which data can be transmitted from a device using the LTE network, you’ll be able to quickly receive data from tracking technology in your vehicles and assets.

This provides close to a real-time overview of your fleet, allowing you to keep up to date with data and status updates as quickly as possible.

This is extremely beneficial for devices that aren’t in ideal spaces to connect to a network – such as in buildings or underground – to help fleets utilise equipment wherever needed.

Due to the low-power transmission of data using the LTE-M network, devices can retain their battery power for longer – saving time and money on replacements.

A good example of this benefit can be seen in Fleet Complete’s AT1 asset trackers with LTE/LTE-M capabilities. Since utilising the LTE-M network allows the device to use less power and extend its battery life, these trackers are great for use in remote areas where replacing them would be difficult.

With LTE/LTE-M capable devices, authentication is required to connect to the LTE network. This helps ensure that your devices and data are kept safe from cyber threats. 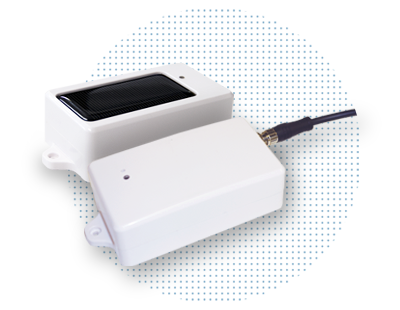 Fleet Complete’s AT1 asset trackers run on the LTE-M network.

Make Use of LTE For Your Fleet Today

Fleet Complete offers LTE/LTE-M-capable tracking technology, helping equip your fleet with the connectivity that will allow you to receive vehicle and asset data efficiently and in near real-time.

To learn more about how we can help fit your fleet with helpful technology and fast, efficient connectivity, try our Fleet Complete demo today.