Bee In The Know: Why Beekeepers Turn to GPS Tracking

This article is part of a blog series that will bring you real-life examples of how smart businesses are using Fleet Complete products in unexpected ways. If you’re a beekeeper with hives to protect, read on to find out how our GPS tracking solution can help your bees survive – and thrive! 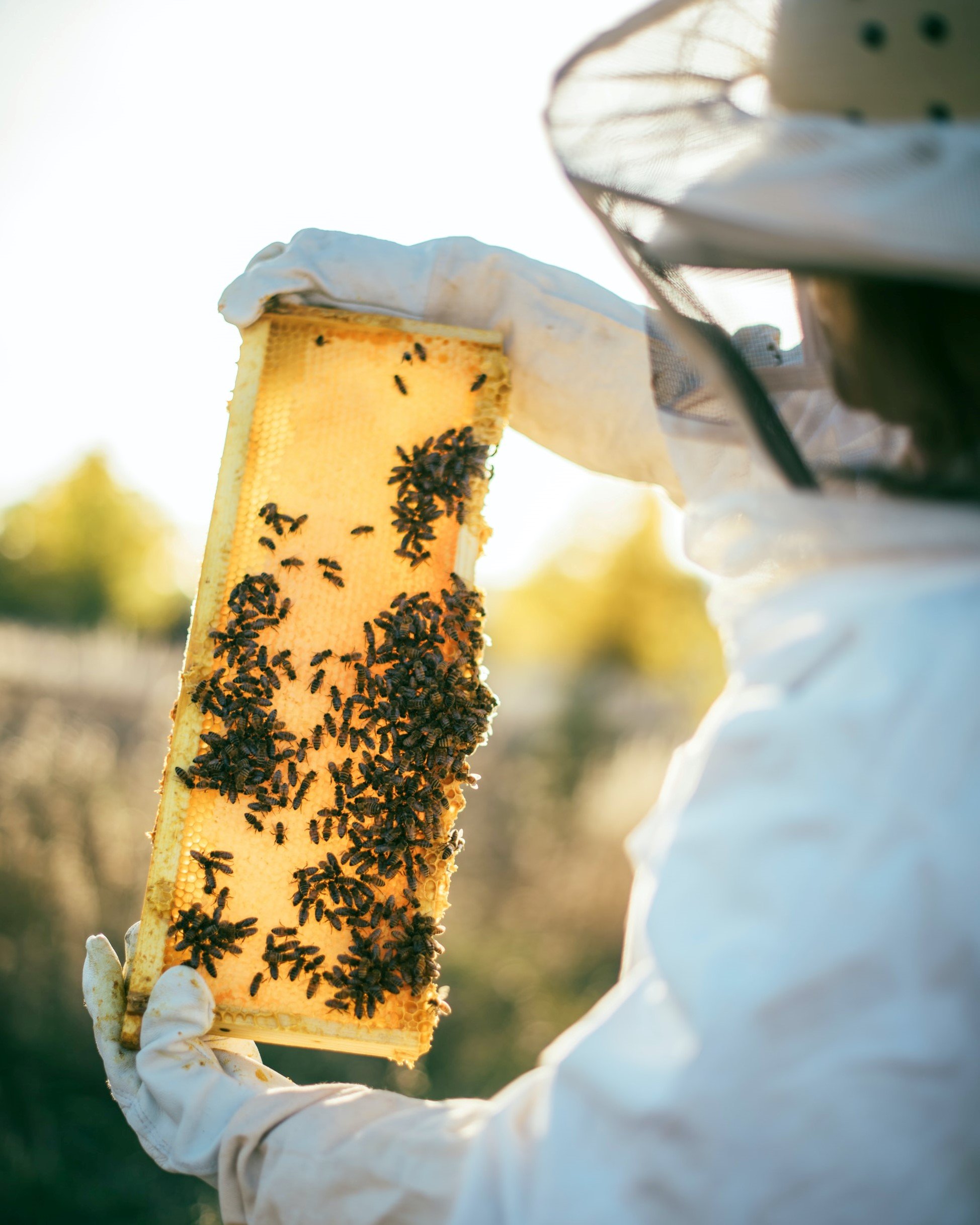 Bees have always been a busy bunch.

After all, they pollinate about 80% of the world’s crops and plants, and in doing so, they play a critical role in our economy.

Helping put the food on our tables – quite literally sometimes – is no small feat for the hard-working insect. And to add to it, they’ve been getting some unwanted attention in recent years, which forced beekeepers – or apiarists, as the official industry term goes – to turn to technology in order to tackle this new threat.

Many, if not most, beekeepers say they’ve had a couple of hives stolen at some point in time. Today, however, reports of hive theft come into local law enforcement offices with ever-increasing frequency.

More and more of these reports are making international news headlines. In this report from The Guardian, a beekeeper from Oregon had 92 hives stolen while in transit. Another beekeeper from Montana was robbed of 488 boxes on their way to California.

And just last April, CBC’s Farm Crime viewers learned how one of Quebec’s most notable beekeeping families had over five million bees – worth $200,000 – stolen from their bee yard in one night. It was called the biggest bee theft in Canadian history.

The volume and level of sophistication involved in such operations cause some people to suspect the existence of an international crime network that targets commercial apiaries.

The president of the French national beekeeping union certainly thinks so, according to this NPR report. The phenomenon has taken a new dimension in France and the rest of Europe, he says. Hives are being taken by the dozens all at once – presumably to be sold to beekeepers abroad – with damages running up to the tens or hundreds of thousands of dollars. Certainly not the work of amateurs, he says.

But wait… organised crime is after your bees?

As Hive Value Shoots Up, Thieves Want In

It’s as simple as that, really.

In a classic tale of supply and demand, the price of a beehive has soared in the last few years. The reason is twofold:

For one, beehives are in shortage. Diseases and pesticides have rendered colonies more fragile and keeping them alive has become harder and more expensive. In fact, the rate of colony losses during the winter is currently estimated at over 30% in the USA alone.

Then, there’s the steadily growing demand for bees to pollinate large commercial crops. Think of flowering fruits and nuts like almonds, avocados, cherries, apples and so on. Every year, when the trees start to blossom, millions of bees are transferred on big trucks and sent buzzing to pollinate the fields. With short supply pushing prices up, a single crop owner can pay $500,000 each year on beehive rentals alone. 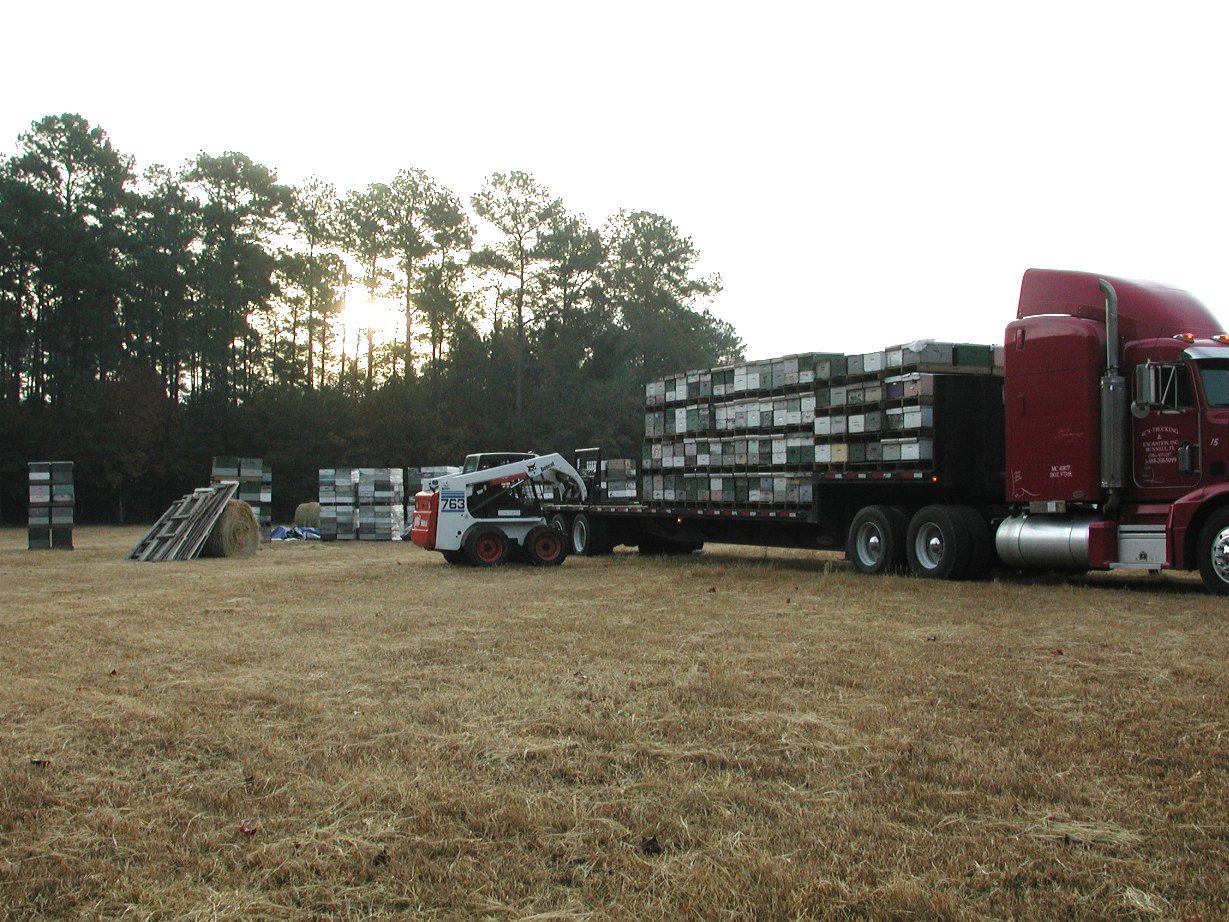 US migratory beekeepers loading tractor-trailer load of bees for transport from South Carolina to Maine to pollinate blueberries.      Pollinator, CC BY 2.5, via Wikimedia Commons

So, there’s your motive: there’s big money in bee crime.

But crime also requires opportunity – and nothing screams “opportunity” to thieves like leaving your beehives unprotected.

Luckily, there are steps you can take to prevent it.

Buzz Off! This Beekeeper Uses AT1 Asset Tracker

A local honey producer in Quebec is using the Asset Tracker AT1 Solar to protect their beehives. This client approached Fleet Complete after thieves had pulled up on snowmobiles – twice! – during the winter and stolen $15,000 worth of beehives.

To a local business, the emotional and financial impact of such a loss can be devastating. The AT1 Solar offers them a simple and cost-effective way to help prevent this from happening again – and to increase the chances of recovery if it does:

The device is easily mounted on the boxes with a heavy-duty double-sided tape and is built to withstand even the harshest conditions on the field (whether it’s heat or sub-zero temperatures). It can even be painted to match your beehives’ branding.

Plus, the AT1 Solar comes with a rechargeable solar battery and, when exposed to direct sunlight, it continuously recharges, so you won’t have to worry about it for years. 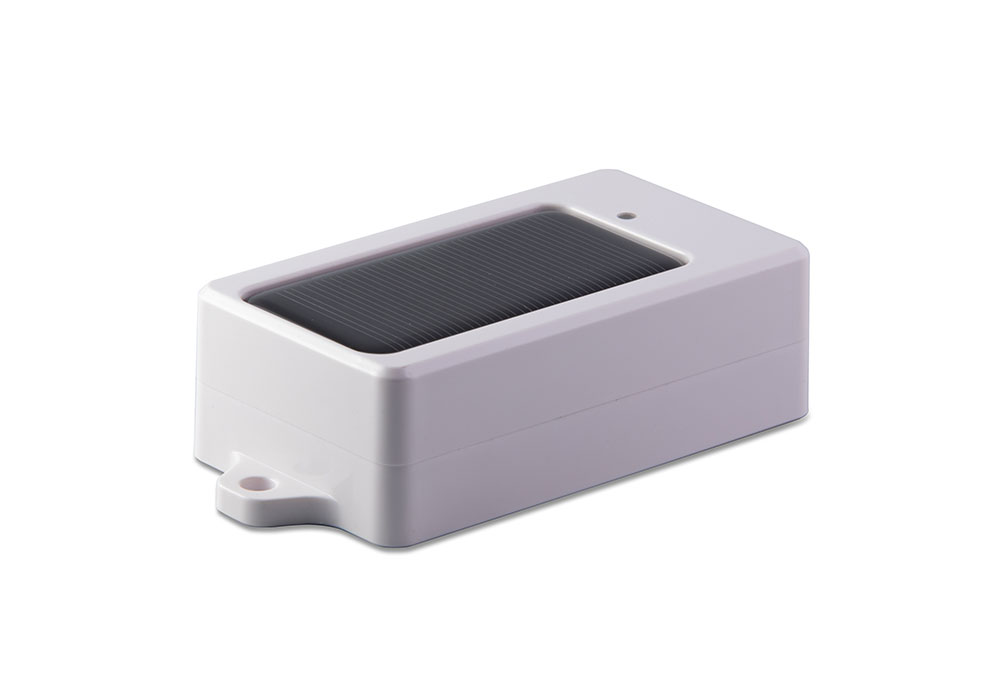 In addition to GPS location reporting to protect you from theft, the AT1 Asset Trackers are equipped with sensors that allow you to ensure your bees have optimal ambient environment at all times. Whether on-site or in transit, you can set your device to alert you whenever it detects a possible threat to the health of your colonies, such as:

What’s more, all information is stored automatically for 12 months on your Fleet Complete app, and you can use it to improve your record-keeping, create customized reports, or extract and share insights in various formats – ultimately to make timely and better-informed beekeeping decisions.

Fleet Complete’s solutions are as versatile and unique as our clients’ needs, and we have concrete examples to show for it. If you want to learn more about their benefits and how we can tailor them to your business, request a Fleet Complete demo with one of our experts today.